3LL Cell Line:
Lung cancer is considered the most preventable malignancy globally. However, it is the deadliest form of cancer with very high mortality rates because of lack of adequate therapies and aggressive tumor cell growth. Rodent cell line models play an essential role in preclinical research to study novel therapeutic agents and treating human cancer. The LLC cell line is a well-studied mouse cancer model that is extensively employed as a transplantable malignancy model. Lewis Lung Carcinoma cells (also known as 3LL cells or LLC cells) got their name after Dr. Margaret R. Lewis of the Wistar Institute, who discovered carcinoma in 1951. This cell line has been known to show reduced metastatic ability when exposed to ultraviolet light. It has also been observed that the presence of cannabinoids suppresses cell growth. These cells could be useful for medical research for treatments to certain types of lung cancer, and many other molecular or cell biology studies. According to the recent data, the proliferative advantage of 3LL metastatic cells is achieved by the gene expression which prevents tumor cells from escaping hostile microenvironmental conditions. Altogen Biosystems provides nanoparticle-based transfection kits for this cell line. 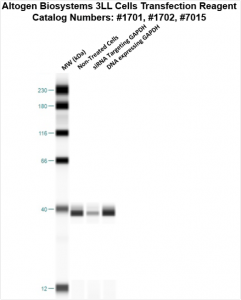