A number of studies have demonstrated the successful application of RNAi in primary cell cultures and non-neuronal cell lines; however, the use of gene silencing in neuronal cell types has been notoriously difficult because of several technical and biological limitations. Neurons are the most resistant to RNAi and difficult to characterize on the molecular level due to their heterogeneous nature and limited lifespan. Methods to consider when performing nucleic acid delivery experiments with neuronal cultures include electroporation, microinjection, viral-based methods, and certain chemical transfection reagents. Although physical delivery methods appear to be efficient for siRNA-induced studies where transient modification of gene expression is sufficient, these methods do not seem to be adequate for behavioral studies where long-term alteration of gene expression may be necessary. The viral-based siRNA expression systems appear to be most applicable to both Central Nervous System (CNS) gene therapy and basic neurobiological studies. Lentiviral vectors have been reportedly used successfully for the delivery of short hairpin RNA (shRNA), a precursor of siRNA, into primary neurons to induce RNAi. 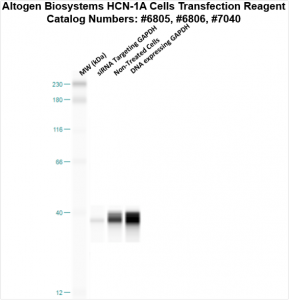